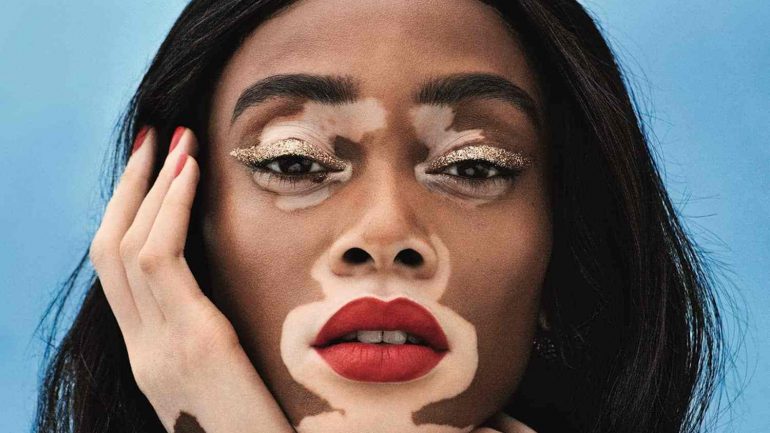 Winnie Harlow was born on July 27, 1994 in Canada. He is of Jamaican origin and has two sisters. At the age of four, he was diagnosed with vitiligo, a chronic skin disease characterized by skin depigmentation. Harlow was bullied by other children, and he said they spoke cow, zebra, and other derogatory words to him. Verbal abuse led him to repeatedly change schools and drop out of high school, after which he considered committing suicide.

Harlow was spotted on Instagram by America’s Next Top Model presenter Tyra Banks and then became one of the fourteen finalists of the twenty-first season in 2014. He was the only Canadian to star in ANTM. He was eliminated in the second week of the finals and participated in a separate competition called “comeback series” and continued to take part in the photo shoot of the cycle with the other eliminated contestants to return to the competition. After completing the comeback streak, he got the highest average public rating score and returned. Harlow became a model for the Spanish clothing brand Desigual and their official brand representative. In September 2014, she walked for clothing brand Ashish for its spring / summer collection at London Fashion Week. She modeled at the Victoria’s Secret Fashion Show in 2018. She was awarded the ‘Role Model’ award at the 2015 Portugal GQ Men of the Year event. He once made a controversial statement about another model’s appearance and later apologized.