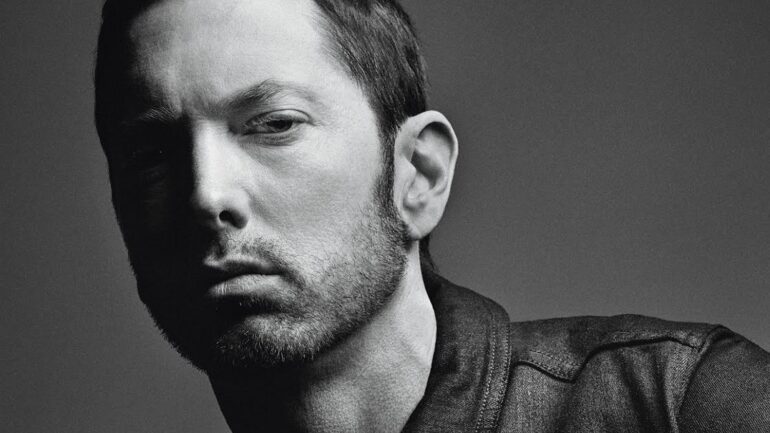 Eminem was born on October 17, 1972 in the USA. Shortly after his birth his father left his family. He lived a nomadic life with his mother until he was twenty. As a teenager he began amateur rapping at the age of fourteen under the pseudonym M&M.

When He released his first single in 1995, He joined the hip-hop group Soul Intent. Although he was a student at Lincoln High School in Warren, he often participated in freestyle rap battles at Osborn High School on the other side of town. In this way, day by day, it was approved by the underground hiphop audience. When he stayed for the second time in the 9th grade, he left school at the age of 17.

Mathers continued his musical career until 1992 at FBT Productions under brothers Jeff and Mark Bass. Meanwhile, he was also cooking and dishwashing in a restaurant for minimum wage.

He became famous with his first serious album The Slim Shady LP, which he released in 1999, and won a Grammy Award for Best Rap Album with this album. His next album, The Marshall Mathers LP, went down in history as the fastest selling rap album. Eminem, who founded his own record label Shady Records with the success he achieved with this album, also had the opportunity to realize the hiphop group project D12, which he planned with his friends.

Eminem was ranked 82nd on Rolling Stone magazine’s list of the 100 Greatest Artists of All Time. He was also named the best rapper ever by Vibe magazine in 2008.