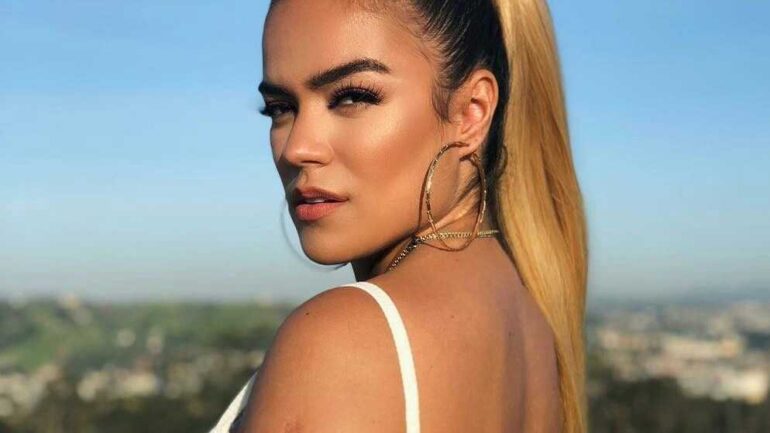 Karol G biography, you can find out details about the singer. Carolina Giraldo Navarro, stage name Karol G, was born in Medellin, Colombia in February 1991. She sings songs in the reggaeton genre, a musical genre born in the early 2000s, combining the rhythms of Central American and Caribbean music with hip-hop genre. Carolina is regarded as one of the most important names in the Reggaeton genre.

When Karol G was only 5 years old, her interest in music was discovered by her family. Carolina, whose father is also a musician, had a great influence on the early start of her music career. Karol G studied music at the University of Antioquia prior to the beginning of her music career and moved to New York after graduation to pursue her career.

Carolina Giraldo Navarro, with the stage name Karol G, released “Mi Cama”, “Culpables” and “Ahora Me Llama” with the songs “Ahora Me Llama” made it to the top 10 on the Billboard Hot Latin Songs list and remained for a few long periods. Karol G also received the Latin Grammy Award.

Making her music career debut with the song “Unstoppable”, Karol G released this song in 2017 when she was 26 years old. The singer, who made a tremendous impact in the reggaeton music genre, was best known by her fans for her songs named “Mi Cama”, “Secreto” and “Culpables” and became world famous.

Anuel AA (September 2019)
Karol G and Puerto Rican rapper Anuel AA met on the clip set of the song “Culpables” they collaborated with after Anuel AA was released from prison in August 2018. The couple Karol G and Anuel AA, who confirmed their relationship in January 2019, are still happily together.

Carolina’s boyfriend is 1 year younger than her and she was born in 1992. Carolina and Anuel AA, who attended the Billboard Latin Music Awards together, announced their engagement shortly after appearing together on the red carpet. Karol G and Anuel AA also worked together on the song “Tu No Amas”.