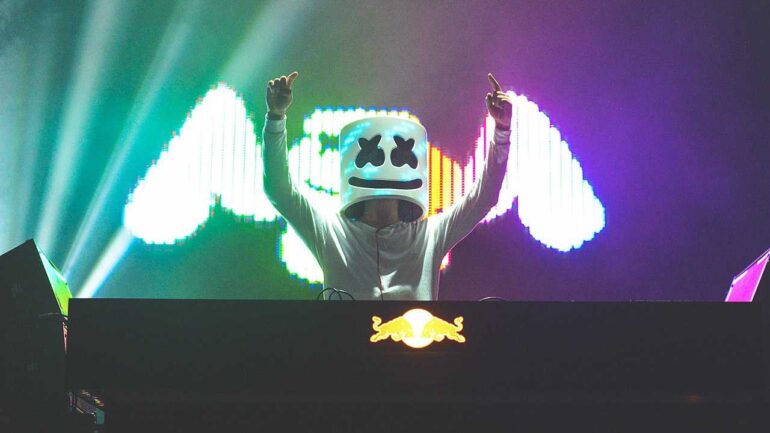 Marshmello was born on May 19, 1992 in the USA. He first gained international recognition by releasing song remixes by American DJ duo Jack Ü and Russian-German DJ Zedd. He started his career by uploading his first original song “Wavez” to Soundcloud in the first months of 2015.

“Silence”, “Wolves”, “Friends”, “Happier” and “Alone” were certified multi-platinum in multiple countries and charted in the Top 30 of the Billboard Hot 100. Marshmello first gained international recognition by releasing remixes online in early 2015.

Marshmello wears a special white helmet that resembles a marshmallow in public places and in music videos. His identity was initially a secret, but it was confirmed by Forbes as Chris Comstock in April 2017. Marshmello was awarded Best Electronics at the 2018 MTV Europe Music Awards, its first major award.

Title Image Credit: The Come Up Show, CC BY 2.0, via Wikimedia Commons