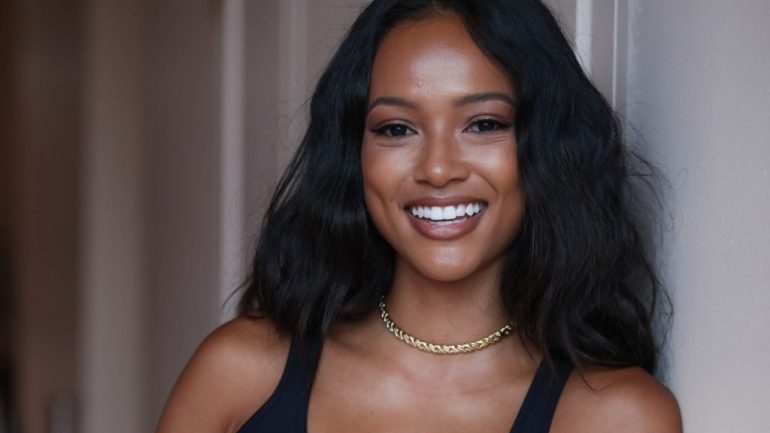 Karrueche Tran was born on May 17, 1988 in America. His mother is Vietnamese and his father is African-American. After completing high school at fairfax High School, Tran changed school and graduated from Birmingham High School in 2006.

Tran started her career in the fashion industry as a personal shopper. Between 2009-2012, he worked at Nordstrom in Westfield Topanga shopping center in Canoga Park, CA. She first caught public attention when she started dating R&B artist Chris Brown in 2010.

At the same time, Tran began modeling by participating in photo shoots for local brands and became the face of lady Crooks, the women’s section under streetwear brand Crooks and Castles for the 2013 Summer collection. Between 2013 and 2016, he gained a wider audience with his role as Vivian Johnson in the Emmy-winning web series The Bay.

Tran started dating R&B artist Chris Brown in 2010. The couple broke up briefly when Brown’s ex-girlfriend made peace with singer-songwriter Rihanna. After their relationship ended, Brown and Tran continued their relationship when it was revealed in March 2015 that Brown had a daughter named Royalty with Nia Guzman. In February 2017, he had Tran order a 100-meter temporary restraining order against Brown, and he was eventually suspended for 5 years against the singer. He started dating former footballer Victor Cruz in 2017.