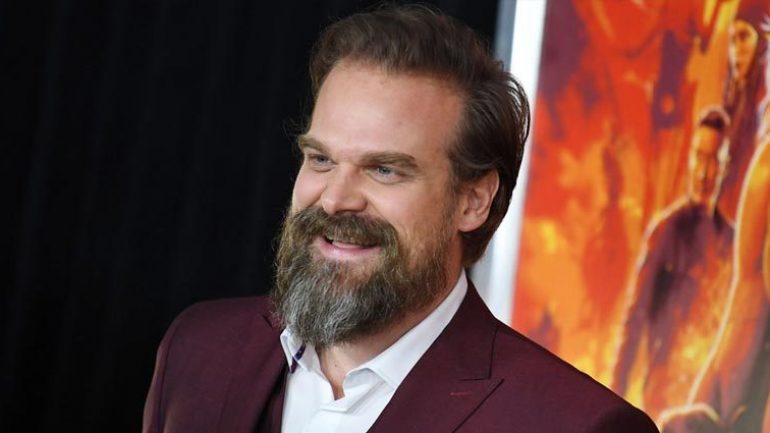 David Harbour was born in America on April 10, 1975. He started his career professionally on Broadway in the re-enactment of The Rainmaker in 1999. In 2002, he played a child killer and took part in Law & Order: Special Victims Unit again. Harbor portrayed the repetitive role of MI6 Agent Roger Anderson in the ABC series Pan Am. In 2005, Who’s Afraid of Virginia Woolf? He was nominated for a Tony Award for his performance in the film. Harbor portrayed the leading character in the restart of the movie Hellboy (2019). Since January 19, 2020, Harbor has been in a relationship with singer Lily Allen.