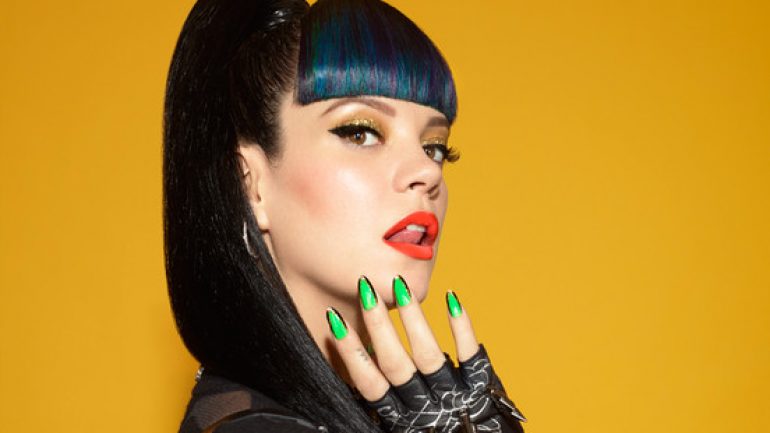 Lily Allen was born on May 2, 1985 in England. She was born in West London, the daughter of Welsh-born comedian Keith Allen and film producer Alison Owen. Allen’s mother was working class from Portsmouth, and she was 17 when she gave birth to Sarah. His family was devout Catholics. Allen is the goddaughter of Wild Colonials vocalist Angela McCluskey and the third cousin of singer Sam Smith. When he was four years old, his father left the family. He lived with his family in a town hall throughout his childhood.

When his family went to Ibiza for vacation, Allen told his mother that he stayed with friends, but instead, he was staying in Sant Antoni de Portmany. She worked at a Plastic Fantastic recording store and made money selling ecstasy. Allen met his first manager, George Lamb, in Ibiza. Being the daughter of Keith Allen and drinking, she was not accepted by many recording firms. He used his father’s contacts to sign a contract with London Records in 2002.

Allen began dating the Chemical Brothers musician Ed Simons in September 2007, and in December Allen announced that they were expecting a child with Simons. Allen announced that he had a miscarriage in January 2008. After five months of dating, Allen’s relationship with Simons ended. Allen stated that he spent three weeks in a psychiatric clinic due to depression. In July 2009, Allen began dating builder and decorator Sam Cooper. In August 2010, Allen announced that she was pregnant with Cooper and their first child. Later, in early 2011, she announced her child that her gender was male. She had complications, including heavy bleeding for about a week and a half earlier in her pregnancy. In late October, six months into her pregnancy, Allen contracted a viral infection that caused her stillbirth pain. On November 6, Allen was admitted to a hospital and responded positively to treatment for septicemia. In February 2017, Allen announced that he was diagnosed with post-traumatic stress disorder after a miscarriage. Allen has been in a relationship with actor David Harbor since 2019. They were on the red carpet for the first time at the 26th traditional Screen Actors Guild Awards.