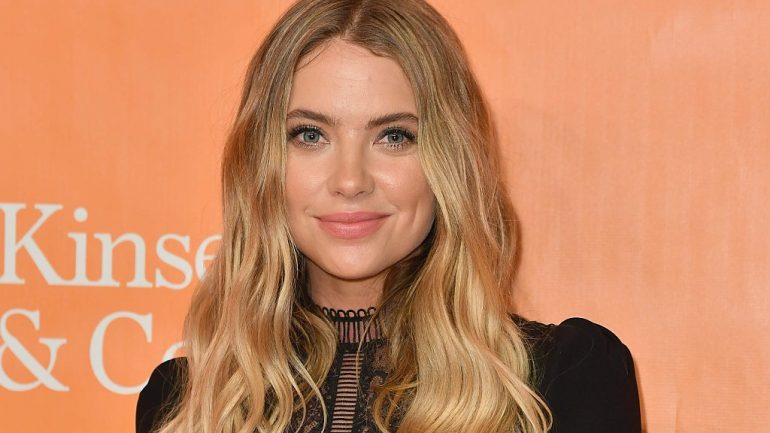 Ashley Benson was born on December 18, 1989 in the USA as the daughter of Shannon and Jeff Benson. He grew up in Anaheim Hills, California. She has an older sister named Shaylene Benson. At the age of three, Benson studied ballet, jazz, tap and hip hop. She started singing in choir musicals at a young age and performed solo in her church at the age of four. When he was eight years old, he signed with Ford Models and appeared in a number of print advertisements.

Benson appeared in the daytime series Days of Our Lives from 2004 to 2007 as Abigail Deveraux. In 2008, he starred in Fab Five: The Texas Cheerleader Scandal, where he portrayed the head cheerleader Brooke Tippit, who was inspired by Fab Five’s Karrissa Theret. The movie is based on a true story taking place at McKinney North High School in Texas. In 2009, Benson starred in the ABC short-lived supernatural comedy series Eastwick. The series is based on John Updike’s novel The Witches of Eastwick and the 1987 film adaptation of the same name. The drama only lasted for 13 episodes due to ABC’s cancellation due to low ratings, but it has gained a cult following since then.

She portrayed the character of emma taylor in the 2015 independent horror thriller Ratter. The same year, she appeared on Pixels as a fictional game character playing Lady Lisa. In 2016, Benson portrayed the role of Margaret in the biographical comedy-drama movie Elvis & Nixon.

Benson appeared in the song “Creep” by G-Eazy, which is a cover version of the Radiohead song. He also appeared in the clips for NLT’s “That Girl”, One Call’s “Black Light” and Hot Chelle Rae’s “Honestly”. Benson was in a relationship with British model and actress Cara Delevingne from May 2018 to April 2020.