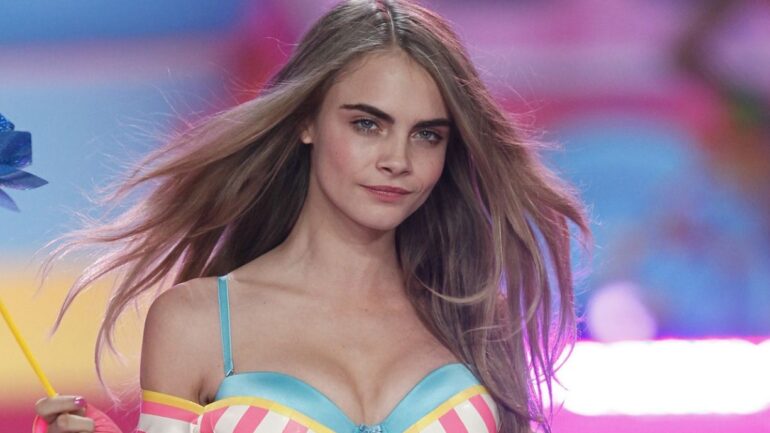 Cara Delevingne was born on 12 August 1992 in England. Her mother, Pandora, is a personal shopper, her father Charles is a real estate agent. She started her modeling career when she was only ten years old, with Vogue Italy and Bruce Weber shooting with Lady Eloise Anson. In 2009 she signed a contract with the modeling agency Storm Management. She made her first runway debut at London Fashion Week in February 2011. Cara Delevingne sings and can play drums and guitar.

She wrote and recorded two music albums between 2011 and 2012, and a record deal was offered from a company. However, she refused the deal due to her name change. She started her acting career in 2012 in the movie Anna Karenina. She made her televised debut in the last episode of Playhouse Presents in 2014. She portrayed the role of Enchantress in Suicide Squad in 2016. She starred in Valerian and the Empire of the Thousand Planets in 2017.

In 2011 and 2012, Delevingne wrote and recorded two music albums, and then an album deal was offered. However, she refused the deal because her name would change. In 2013 she recorded an acoustic duet cover version of Sonnentanz with British soul and jazz singer-songwriter Will Heard. Delevingne also teamed up with Pharrell Williams to produce the song “CC the World”. The song was made public on December 1, 2014. The two performed the song in front of a live audience for the Chanel concert at Park Avenue Armory in New York in March 2015.