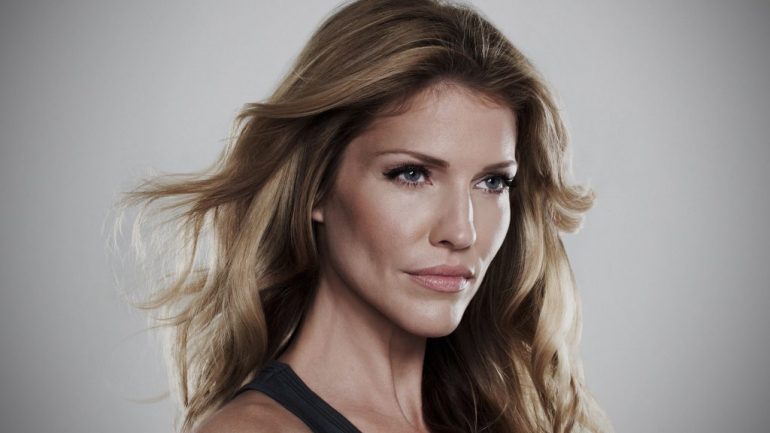 Tricia Helfer was born on April 11, 1974 in Canada. Dennis and Elaine Helfer’s daughters. She studied at William E. Hay Composites High School in Stettler, Alberta. She lived and worked on the family’s grain farm with his three sisters. She was discovered by a 17-year-old modeling agency scout while waiting in line with a relative, Crystal, at a movie theater. It is of German, British, Swedish and Norwegian origin.

In 1992, she won Ford Models’ World Supermodel competition. She retired from modeling in 2002. Helfer participated in top fashion shows such as Carolina Herrera, Christian Dior, Claude Montana, Givenchy, John Galliano and Dolce & Gabbana. Helfer has appeared on the covers of Flare, Amica, ELLE, Cosmopolitan, Marie Claire and Vogue, among others. She also regularly appeared in Maxim magazine’s photo shoots, was the magazine’s 2005 wall calendar girl, and was ranked 57th on Maxim’s 2007 Hot 100 Women list. Helfer was also featured as the cover model for Playboy’s February 2007 issue.

Helfer moved to Los Angeles in 2002 for a full-time acting career. Her first acting role was as Sarah in the TV series Jeremiah. Later, on May 16, 2002, she played a model named Ashleigh James in CSI: Crime Scene Investigation (“The Hunger Artist”). In 2002, she played “Eva” in the independent white rush movie. In 2016, Helfer appeared in the main cast of the second season of the Fox series Lucifer.

In 2003, Helfer married lawyer Jonathan Marshall, whom she met at a mutual friend’s birthday party. They separated in May 2017 and Helfer filed for divorce in January 2018, citing irreconcilable differences. Divorce ended in 2019.