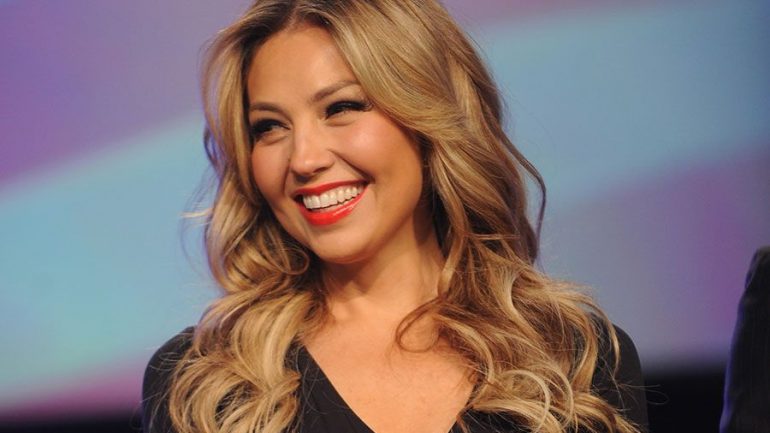 Thalía was born on August 26, 1971 in Mexico. Yolanda Miranda Mange (d. 2011), who was Thalía’s manager between 1980 and 1999, and scientist, pathology doctor, criminologist and author Ernesto Sodi Pallares (d. 1977) was the youngest of five daughters. When he turned one, Thalía appeared in the first TV commercial in Mexico. At the age of four, he began taking ballet and piano lessons at the Nacional de Música Conservatory in Mexico. His father was diabetic and died in 1977 when Thalía was six years old.

Thalía attended Lycée Franco-Mexicain elementary school, where she learned to speak French Fluently at a very young age. In 1976, a year before his father’s death, he guest-starred in the Mexican film La guerra de los pasteles (“War of Cakes”).

In 1981, when Thalía was nine years old, she joined a children’s group called Pac Man as a vocalist to attend Televisa’s TV show, a popular music festival known as Juguemos a cantar. Later Pac Man changed the group name to “Din-Din”. With Din-Din, Thalía has performed at various events and parties from time to time and traveled all over Mexico. The band recorded a total of 4 studio albums between 1982 and 1983 (En acción, Recordando el Rock and Roll, Somos alguien muy especial and Pitubailando) and later disbanded. After Din-Din’s departure in 1984, Thalía attended Juguemos a cantar’s two annual music festivals as a solo artist.

In January 2020, Thalía released her new single Ya Tú Me Conoces with her Venezuelan brother Mau y Ricky. In May 2020, People en Español magazine named him the number 1 most influential Mexican star of all time, with his success as a singer, actress and entrepreneur. Later that month, viva Kids Vol. He released his second children’s album named 2.

Thalía was in a relationship with actor Fernando Colunga from 1995 to 1996 when she appeared in the TV series María la del Barrio. Thalia married music director Tommy Mottola on December 2, 2000. The couple has two children, daughter Sabrina Sakaë born on October 8, 2007 and son Matthew Alejandro, born on June 24, 2011.