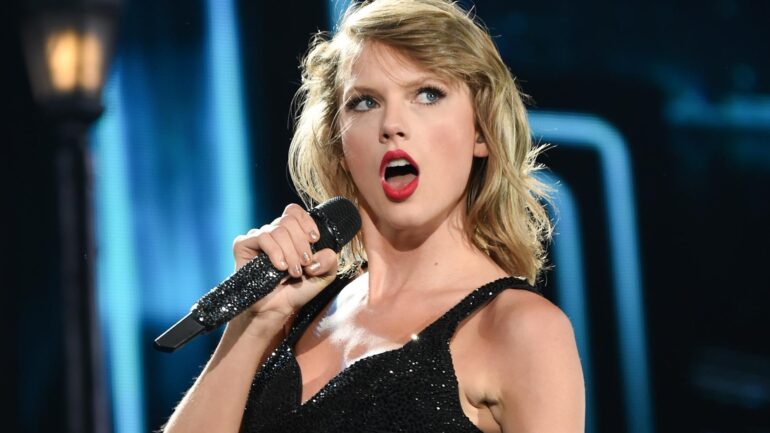 Taylor Swift was born in the US state of Pennsylvania. Her father, Scott Kingsley Swift, was a stockbroker for Merrill Lynch, her mother, Andrea Gardner Swift, was a housewife. She was named after singer and songwriter James Taylor. She has a younger brother named Austin Kingsley Swift. When he was nine, her family moved to Wyomissing, Pennsylvania where she was educated at West Reading Elementary Center and Wyomissing Area Junior / Senior High School.

At the age of nine, Swift became interested in musical theater and performed in four Berks Youth Theater Academy productions. She also went to New York regularly for vocal and acting classes. Swift then shifted her focus to country music inspired by Shania Twain’s songs. She spent her weekends at local festivals and events. After watching a documentary about Faith Hill, Swift felt she had to go to Nashville, Tennessee to continue her music career. When she was eleven, she visited the Nashville record label with her mother and presented a demo tape of Dolly Parton and Dixie Chicks karaoke covers. But it was rejected.

When Swift was about 12 years old, computer mechanic and local musician Ronnie Cremer taught her to play the guitar. She helped Swift write songs and got a share in writing the song “Lucky You”. Swift’s music is in pop, synth-pop, country, country pop and rock styles. While writing songs, she is inspired by her life experiences. Swift’s personal life is the subject of constant media attention. She sold more than 50 million albums in America. Also, Taylor Swift is one of the best selling music artists of all time. She became the first young singer to rank first on a magazine’s “100 Most Powerful Women” list in 2015. Swift has been awarded numerous awards such as 10 Grammy Awards, 29 American Music Awards, 23 Billboard Music Awards.