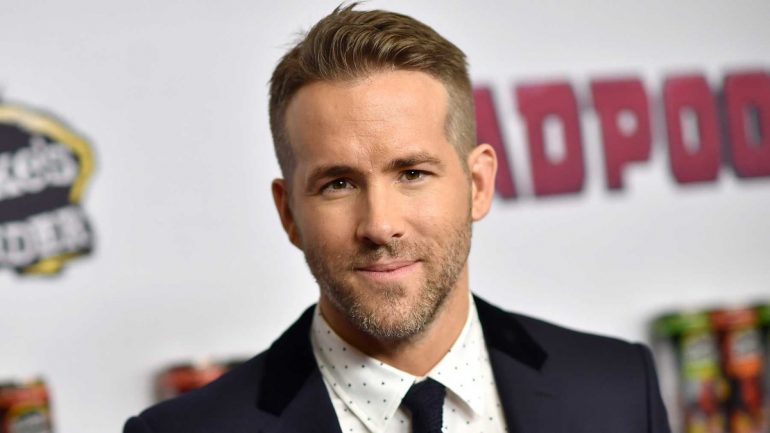 Ryan Reynolds was born on October 23, 1976 in Canada, the youngest of four sons to food wholesaler James Chester Reynolds and retail salesman Tamara Lee (née Stewart). He is of Irish descent and was raised Catholic in Vancouver’s Kitsilano neighborhood. He graduated from Kitsilano Middle School in 1994 and attended Kwantlen Polytechnic University, but dropped out. His two brothers work in law enforcement in British Columbia.

Reynolds’ career began in 1991 when he starred as Billy Simpson in the Canadian teen drama Hillside, which was distributed in America by Nickelodeon as Fifteen. He had a recurring role in The Odyssey as Macro between 1993 and 1994. In 1996, he played the role of Jay “Boom” DeBoom in “Syzygy”, the thirteenth episode of the third season of The X-Files, and starred in the TV movie Sabrina the Teenage Witch with Melissa Joan Hart. In 2016

Reynolds achieved critical and commercial success in the movie Deadpool, which was in development in the 2000s. Deadpool grossed a worldwide opening gross of $ 264.9 million from 62 markets, the largest in 2016, the largest for an R-rated movie, and Fox’s second largest movie, Star Wars: Episode III – Revenge of the Sith (303, 9 million dollars). It also overshadowed The Dark Knight Rises ($ 23.8 million), recording the biggest IMAX 2D opening of all time with $ 27.4 million out of 606 IMAX cinemas. The financial and critical success of the film made the studio decide to shoot a sequel.