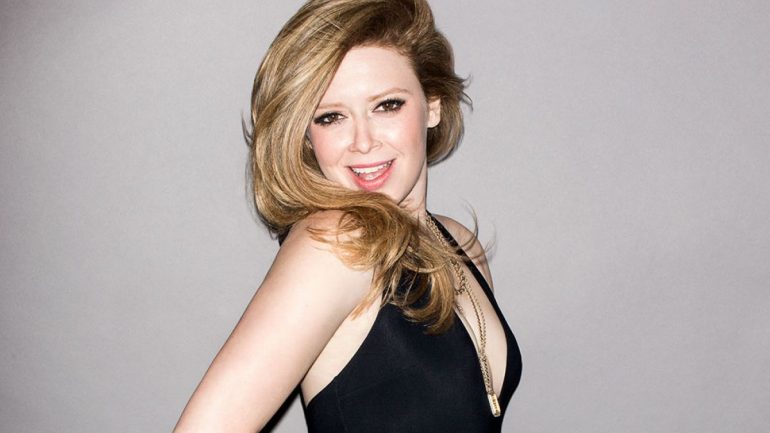 Natasha Lyonne was born on April 4, 1979 in the USA. She is the daughter of Ivette Buchinger and boxing promoter, race car driver and radio host Aaron Braunstein. Her parents were from Orthodox Jewish families and she was raised as orthodox. Her mother was born in Paris, France, to a Hungarian Jewish family that survived the Holocaust. Lyonne spent the first eight years of her life in Great Neck, New York. She moved with her family to Israel, where Lyonne spent a year and a half. During her stay here, Lyonne participated in the production of April Fool, the Israeli children’s movie that sparked her interest in acting. Her parents divorced and Lyonne and her older brother Adam returned to America with their mother.

After returning to New York, Lyonne attended Ramadan School, a private Jewish school. She was expelled from school for selling marijuana at school. Lyonne grew up in the Upper East Side, where she felt left out. She studied film and philosophy at New York University for a short time. Lyonne left her father’s side, a Democratic candidate for Manhattan’s sixth district in 2013, and lived on the Upper West Side until her death in October 2014. Lyonne said she was not close to her mother and that she had lived independently from her family since she was 16 years old.

Lyonne was signed to Ford Modeling Agency when she was a little boy. At the age of six, she starred in Pee-wee’s Playhouse as Opal, and then starred in Heartburn, A Man Called Sarge, and Dennis the Menace. Lyonne said of her time working as a very young child actor: “I didn’t have the best parents. I don’t think they’re bad people. Even if they’re ready to have kids, it’s a bit of a strange idea to get your child into work at age six.” said.

When Lyonne was 18, she used the paycheck from her work at Everyone Says I Love You to purchase a small flat near Gramercy Park. In the early 2000s, Lyonne had legal problems and was arrested for drunk driving and incidents involving her neighbors.

In 2005, Lyonne was admitted to Beth Israel Medical Center in Manhattan for hepatitis C, heart infection, and lung collapse. She was on methadone treatment for her heroin addiction. Lyonne lives in New York. She has been in a relationship with Saturday Night Live graduate Fred Armisen since 2014.