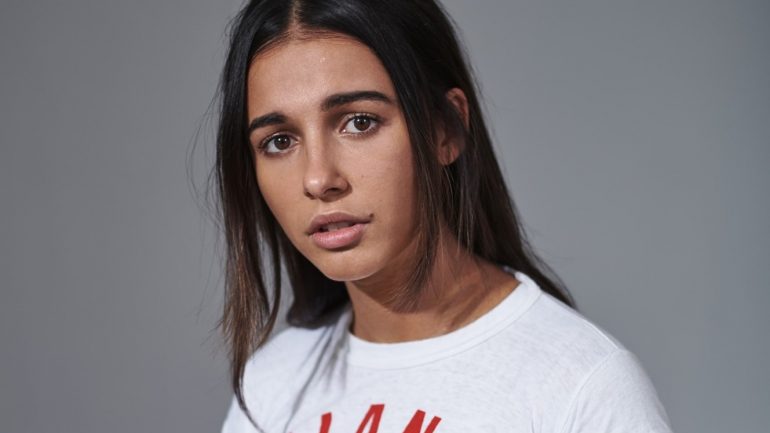 Naomi Scott was born on May 6, 1993 in England. It is of British and Indian origin. Her mother Usha Joshi, who was born in Uganda and immigrated to the UK at a young age, is of Indian Gujarati descent and her father Christopher is British. Scott also has an older brother named Joshua. When she was eight years old, she and her family moved to Woodford in Redbridge, North East London. Her parents served as ministers at Bridge Church.

She grew up listening to gospel and R&B music, especially singers Kim Burrell, Mary Mary and Kirk Franklin, and singing in church. Loughton attended Davenant Prep School in Essex. She dropped out of school, taking her A-Level to continue her role in Terra Nova.

Scott was discovered by British pop singer Kéllé Bryan from the girl group Eternal. She started working with British songwriters and producers Xenomania. In 2014, the YouTube channel “Reload” released two videos as part of the “Reload Sessions” series. Her first major acting role was in the Disney Channel Uk series Life Bites. In 2010, she starred as Mohini “Mo” Banjaree in the Disney Channel original movie Lemonade Mouth. That same year, she starred as Maddy Shannon in the sci-fi drama Terra Nova, which premiered on Fox in September 2011.

Scott is a Christian. She is the UK ambassador to the Christian charity Compassion International and sponsors children and families living in poverty. She suffers from eczema, a skin condition. In June 2014, Scott married English footballer Jordan Spence after four years of dating. The couple met at the church when they were sixteen.