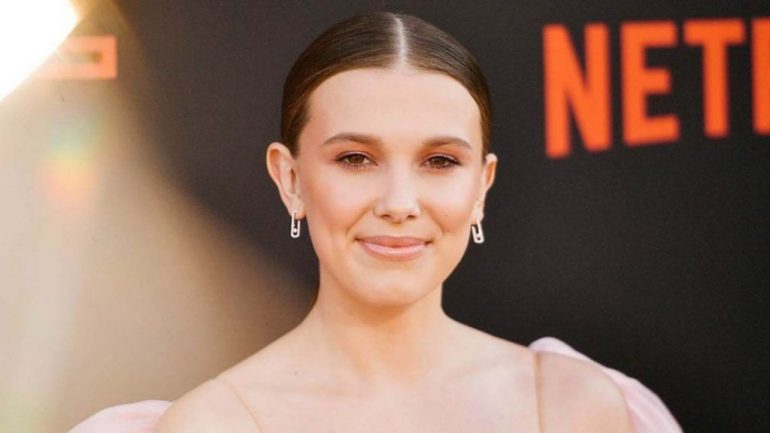 Millie Bobby Brown was born on February 19, 2004 in Spain. She is the third of four children of British parents Kelly and Robert Brown. When she was four, her family moved to Bournemouth, Dorset, and four years later to Windermere, Florida. She was born with partial hearing in one ear and gradually lost all hearing in that ear within a few years.

In 2013, Brown made her acting career debut as a guest star on ABC’s fantasy drama series Once Upon a Time in Wonderland. In 2014, she played the character of Madison O’Donnell on the BBC America paranormal drama-thriller series Intruders. In 2016, Brown began playing Eleven (‘Hand’) in the Netflix sci-fi horror series Stranger Things. She won critical acclaim for her role and was nominated for the Screen Actors Guild Award for Best Actress in a Drama Series and a Primetime Emmy Award for Best Supporting Actress in a Drama Series. She won the Screen Actors Guild Award for Best Performance in a Drama Series with her co-stars and received her second Emmy nomination in 2018 for her role as Eleven in the second season of 43rd Stranger Things.

In November 2016, Brown appeared in the video clip for Sigma and Birdy’s song “Find Me”. It has been featured in Citigroup’s commercial advertisements since November 2016. She started her modeling career on Calvin Klein’s By Appointment campaign in January 2017. The following month, she signed a contract with the IMG Models agency. In the summer of 2018, she took part in the Italian brand Moncler’s campaign. She was announced to be the youngest person to be appointed as a UNICEF Goodwill Ambassador in 2018.