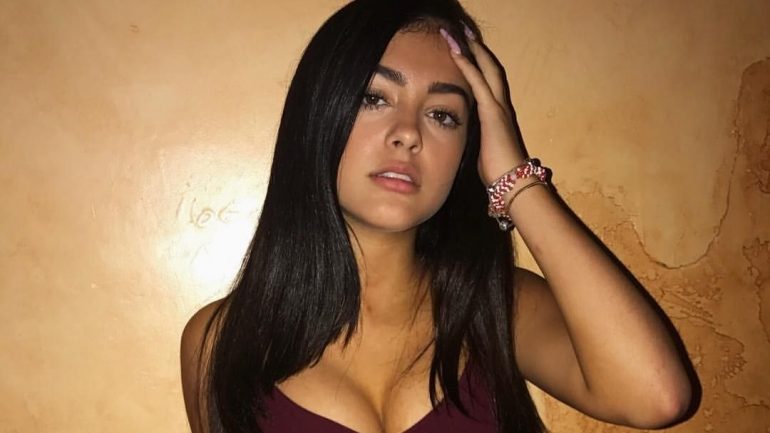 Produced by The Fliptones, her first single, “Luna Llena,” has been watched 33 million times on YouTube within seven weeks of its release. revejo has been recognized as one of Pandora Radio’s 2018 Latin Artists to Watch. Trevejo stated that her album will be Spanglish, including songs in both English and Spanish.

In June 2017, she signed a recording contract with In-Tu Linea, a subsidiary of Universal Music Latin Entertainment.

On August 2, 2019, Trevejo released a four-track EP called Una Vez Más. Her single, “Luna Llena”, climbed to # 1 on the Billboard 100 Hot Latin for 2 consecutive weeks, reaching the Gold Record and Double Platinum Record in the first two weeks. In October 2020, Trevejo signed with the new management and moved to the Los Angeles area. She accumulated more than 37,000 subscribers in the first week by creating a OnlyFans account on her 18th birthday.

During a live broadcast on Instagram on April 5, Trevejo called COVID-19 the “Chinese virus” and said, “I’m sorry – I’m not trying to be racist or do anything else, but every time I go to see someone Chinese on the floor … don’t breathe. “Her comment drew the reaction of the Asian-American community. Seven hours later, Trevejo issued an apology and said, “I made an aggressive comment about the Chinese … I didn’t know much about it, that’s why I talked like that, so I’m sorry.” said. Trevejo has also stated through her social media that she is bisexual.