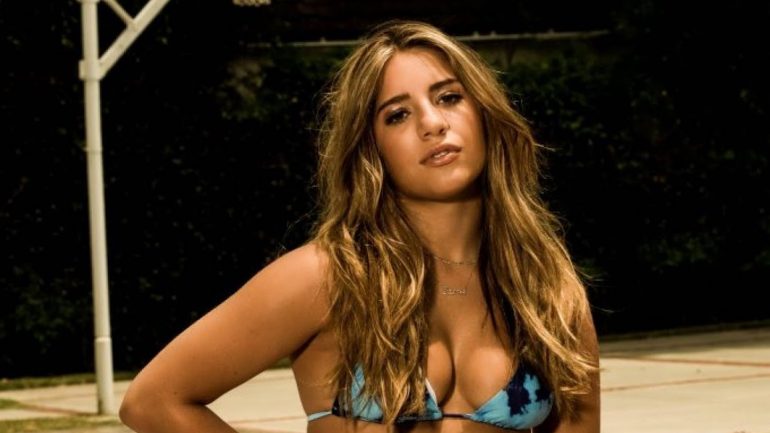 Mackenzie Ziegler was born on June 4, 2004 in Pennsylvania, USA, to Melissa Ziegler-Gisoni and Kurt Ziegler, and grew up in Murrysville, Pennsylvania. Her parents divorced when she was 6 years old after they went bankrupt in 2009. Her mother remarried to Greg Gisoni in 2013. An older sister of Ziegler, Maddie, is also a dancer and actress. Her two older half-brothers Ryan and Tyler and two older half-sisters Matthew and Michelle. When she was two years old, she started dancing at the Abby Lee Dance Company in Pittsburgh. She won championships in dance competitions with this company. Ziegler is homeschooled.

Ziegler first appeared on TV with her mother and sister in 2011 on Lifetime’s reality dance show Dance Moms. In 2016, Zieglers left the show after six seasons to consider other projects. Ziegler also appeared in Dance Moms’ dramas abby’s Ultimate Dance Competition and Abby’s Studio Rescue. In 2014, Ziegler released her first album called mack z. The album peaked at # 1 on iTunes pop charts and # 7 on iTunes’ album sales of all genres. The video clip of the album’s first single “Girl Party” also reached # 1 on the iTunes pop chart. The clip of the song has been watched over 70 million times. That same year, he starred in the films “Shine” and “Christmas All Year Long”.

In 2014, Ziegler and her sister Mod Angel released the limited edition The Maddie & Mackenzie Collection. In 2015, Ziegler made her debut on Nickelodeon’s sitcom Nicky, Ricky, Dicky & Dawn and appeared with her sister in the wowwee commercial. She returned to Nicky, Ricky, Dicky & Dawn in the episode “Keeping Up with the Quadashians” in January 2017. She also walked the Polo Ralph Lauren Track in New York in 2015 and appeared in Glamor Magazine’s advertising campaign.

Ziegler portrayed the character of cassie, who was out of popularity, in the high school drama series Total Eclipse on the Brat digital network from 2018 to 2020. She also portrayed the same character in the movie Brat Holiday Spectacular (2018). Ziegler and her sister were guest judges at the Floored Quibi dance competition show in 2020. She made a duet with Sia in her song “Exhale” released in June 2020.