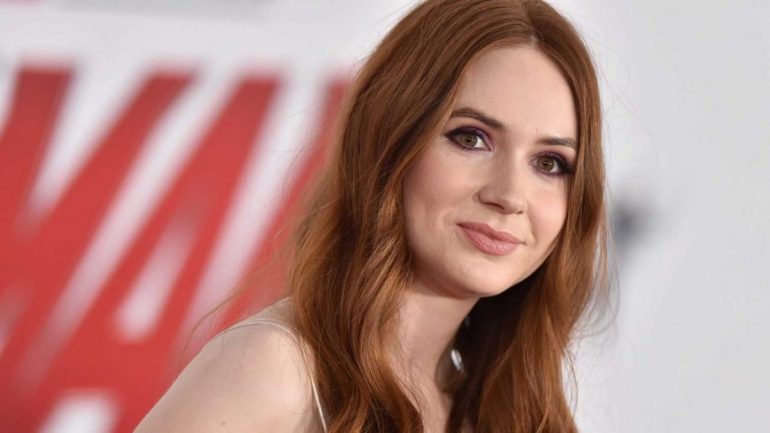 Karen Gillan was born on November 28, 1978 in Scotland as the daughter of Marie and Raymond Gillan. He said that, despite having a Catholic background, he was not baptized and did not belong to a religion. When he was 16, he moved to Edinburgh and completed the HNC Acting and Performance course at Telford College. At the age of 18 he moved to London to study at the Italia Conti Theater Arts Academy. While there, she was discovered by a modeling agency. She modeled before her acting career and premiered at London Fashion Week in 2007.

Gillan stated that she will not give up her acting career to return to her modeling career, and although she loves modeling very much, acting has always been her main interest and goal. Gillan said in an interview with Craig Ferguson on The Late Late Show in 2012 that he moved to the US permanently while filming Oculus (2013). Gillan’s first television acting career was featured as a guest actress on many television shows, and her first role was featured in an episode of ITV’s crime drama Rebus.

She starred for two years as a member of the cast of the sketch comedy series The Kevin Bishop Show, in which she portrayed many characters, including celebrities such as Gillan, Katy Perry and Angelina Jolie. He also starred in a horror project called The Well, which aired as an episodic short film series on BBC Two, and later appeared in a web series on BBC.co.uk. Gillan played Amy Pond, friend of the Eleventh Doctor (played by Matt Smith) in the British science fiction series Doctor Who. In 2010, he won first place in the Entertainment category at the Young Scot Awards. He appeared in the sixth series in 2011 and the first five episodes of the seventh series in 2012, after which rory Williams (played by Arthur Darvill) left the series.