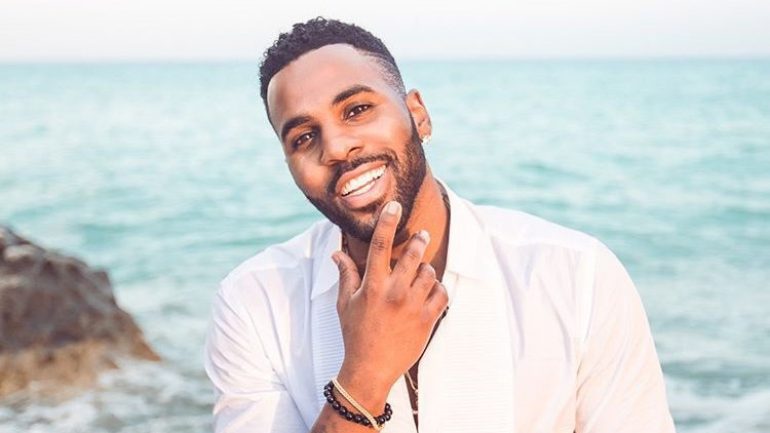 Jason Derulo was born on September 21, 1989 in Miramar, Florida, to a Haitian family. He started singing at a young age. He attended performing arts schools in Florida and made some early experiments in musical compositions, writing his first song when he was eight. His writing skills started to stand out when he was young. He also wrote “Bossy” for Birdman, a New Orleans-based rapper, and guest-joined the song, emphasizing his talent as a vocalist. His stage name is “Derulo”, the pronunciation of his last name, Desrouleaux.

Derulo has been writing songs for artists like Diddy, Danity Kane, Donnie Klang, Sean Kingston, Cassie, and Lil Wayne since he was young. After attending performing arts schools such as The American Musical and Dramatic Academy and developing his talents as a singer and dancer and acting in theatrical productions such as Ragtime and Smokey Joe’s Cafe, Derulo won the grand prize in the 2006 season finale of the TV showtime at Apollo. Derulo, music producer J.R. Rotem, and the record label Beluga Heights Records and Warner Bros. He signed with Records. In a HitQuarters interview, Rotem underlined Derulo’s commitment to his art, “Jason Derulo has the most impressive work ethic I’ve ever come across – he continues to sing in the studio. It’s an amazing feature.”

On April 16, 2013, Derulo released his single “The Other Side” on the radio on April 23, 2013. As of July 4, 2013, “The Other Side” reached number 18 on the Billboard Hot 100 chart. Derulo announced on Twitter that his third album will be called Tattoos. The album was released on September 24, 2013. The album’s second single, “Talk Dirty”, was released internationally (digitally) on July 27, 2013. “Talk Dirty” peaked at number three on the Billboard Hot 100 chart. In June 2020, Derulo released the song “Savage Love”. The song peaked at number one in the UK, becoming Derulo’s 5th number one song nationwide.