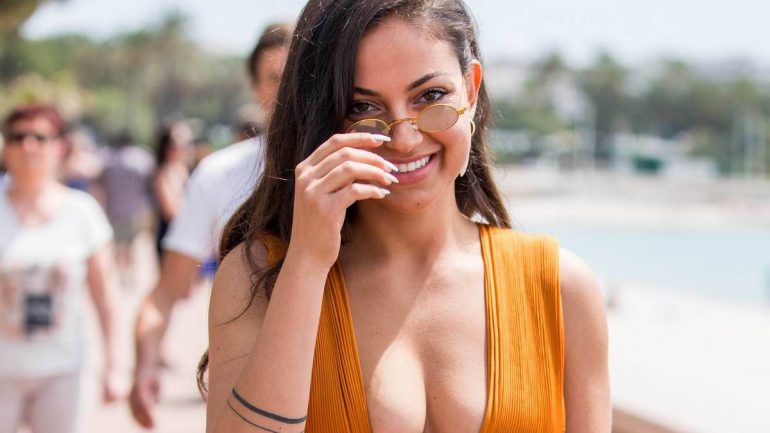 Inanna Sarkis was born on May 15, 1993 in Canada. She is the daughter of a Syrian father and a Bulgarian mother. In 2017, she was featured in PAPER Magazine as one of today’s young stars seeking a career in entertainment beyond traditional methods. He made a deal with Sprint to participate in a campaign. Sarkis worked with WWE to create a character called “Miss North” and visited the WWE Performance Center where he was filming. He also starred in a digital campaign to promote 20th Century Fox’s action spy comedy Kingsman: The Golden Circle.

Sarkis made his feature film debut in October 2017 as Gabriella in Tyler Perry’s Boo 2. He worked on the short film “Waiting for Him”, which was released in November. He also played Molly Samuels in the 2019 film After and the 2020 film After We Collided.

In May 2020, Sarkis announced on social media that he and his three-year-old boyfriend Matthew Noszka are expecting their first child, a girl. She gave birth to her daughter in September.