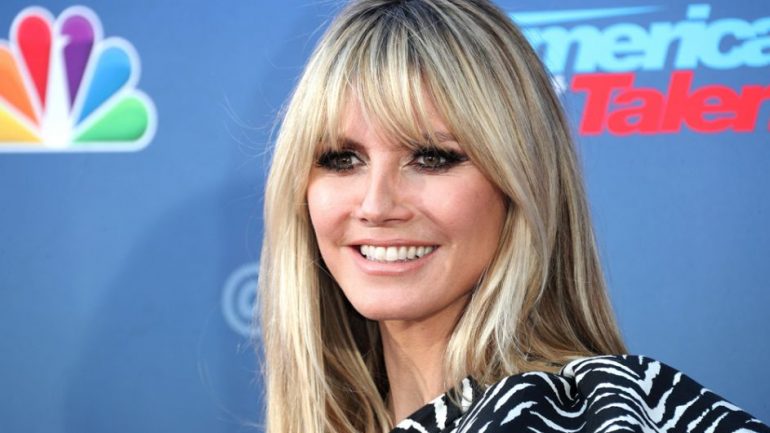 Heidi Klum was born on June 1, 1973 in Germany. A friend convinced him to participate in a national model contest called “Model 92”. Among the 25,000 competitors, it was the winning model on April 29, 1992, and Metropolitan Models offered a $ 300,000 model contract by New York CEO Thomas Zeumer. He accepted the contract a few months after graduating from school and decided not to try an apprenticeship position at a fashion design school. He was on the cover of Klum, Elle, InStyle, Marie Claire, Glamor and Russian Harper’s Bazaar, as well as French, German, Portuguese and Spanish Vogue magazines. Klum took part on the catwalk at 2002’s, 2006, 2007, 2008 and 2009 Victoria’s Secret Fashion Shows.

Klum is an artist and many of his paintings have been featured in various art magazines in the USA. On September 27, 2002, after September 11, he allocated a sculpture named “The Dog with a Butterfly” to commemorate the role of rescue dogs. In 2004, Klum co-authored Heidi Klum’s book, The Knowledge Body, with Elle magazine editor Alexandra Postman. The book gives Klum’s biography and advice on success. Prior to that, Klum was an occasional guest columnist for the website of the German television network RTL. He wrote an article for the German Die Zeit newspaper. In November 2006, Klum released his first single, “Wonderland,” written for a series of television commercials for German retailer “Douglas”.

In 1997, Klum married stylist Ric Pipino. He was divorced in 2002. In March 2003, Klum and Flavio Briatore started dating. She announced that she was pregnant in December. Soon they left, and Klum began dating the musician Seal. In May 2004, Klum gave birth to his daughter Helene, nicknamed “Leni” in New York. Klum and Seal got engaged in December 2004, in Whistler, British Columbia. and married on a beach in Mexico on May 10, 2005. They have three children together: their son born in September 2005, a daughter born in November 2006, and October 2009. Klum was officially accepted the surname Seal and was legally recognized. During their marriage, Klum and Seal renewed their vows in front of their family and friends every year on their anniversary. On January 22, 2012, the couple announced that they broke up after almost seven years of marriage. Three months later, on 6 April 2012, he filed for a divorce from Seal. He also asked for his name, Heidi Klum, to return to her birth name. Divorce cases were concluded on October 14, 2014.

On April 30, 2011, Klum directed the Walk for Kids, a 5K community to raise funds as part of the Children’s Hospital Los Angeles community awareness efforts. In May 2014, Klum was honored with the American Cross’s Crystal Cross Award for charity work, especially for his contributions to the Red Cross after the Hurricane Red Sand.