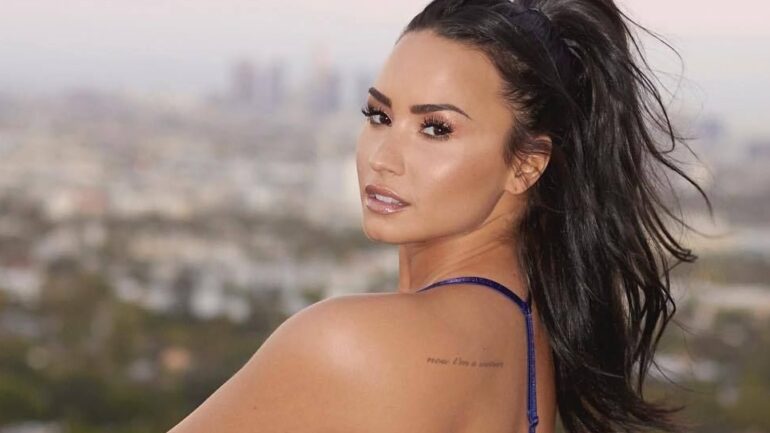 Demi Lovato was born on 20 August 1992 in the USA. They are the daughters of Dallas Cowboys’ former cheerleader Dianna De La Garza (née Lee Smith) and engineer and musician Patrick Martin Lovato. Lovato’s parents divorced in mid-1994, shortly after her second birthday. Lovato grew up in Dallas, Texas. She started playing the piano at the age of seven, and began playing the guitar at the age of ten and she took dance and acting lessons.

In 2002, Lovato began her acting career on the children’s television series Barney & Friends, playing the role of Angela. Lovato appeared on Prison Break in 2006 and on Just Jordan the following year. Lovato later said in an interview on The Ellen DeGeneres Show that she was bullied because of her acting career and requested homeschooling, and eventually received her high school diploma.

Lovato released her pop rock debut album Don’t Forget (2008) after signing with Hollywood Records. It peaked at number two on the Billboard 200. Its sequel Here We Go Again (2009) debuted at number one in the US and received a Gold award from the Recording Industry Association of America (RIAA). Billboard announced that as of 2017, Lovato had sold over two million albums and 20 million singles in the US. Lovato was also included in the Time 100 list in 2017. Besides music, Lovato served as a jury and mentor for The X Factor USA for two seasons.