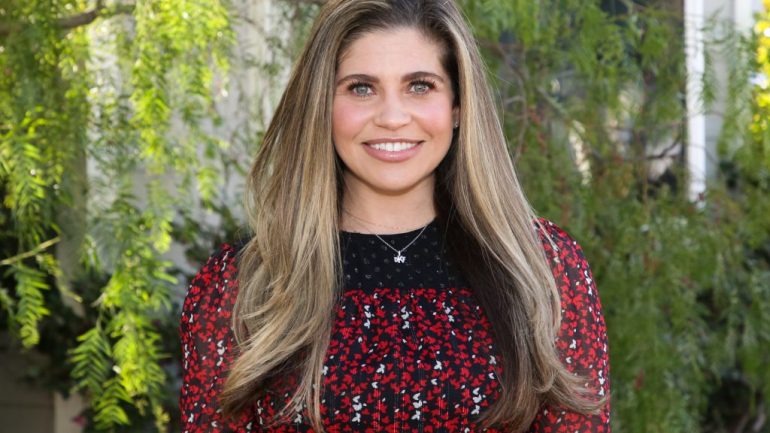 Danielle Fishel was born on May 5, 1981 in the USA. She was born in Mesa, Arizona, to Jennifer and Rick Fishel, former President of the Masimo Corporation. It is of semi-Maltese origin.

In 1991, at the age of 10, Fishel was discovered in a folk theater and performed in two productions called The Wizard of Oz and Peter Pan. Shortly thereafter, she appeared in two episodes of the hit show Full House and guest-starred as a character named Jennifer. Fishel became known for his role as Topanga Lawrence-Matthews in ABC’s pilot series Boy Meets World in 1993 at the age of 12. Originally written as a small episode, Topanga has become a recurring role. After a successful first year, Fishel was featured regularly. The series ended seven years later, in 2000. Fishel was on the cover of Seventeen in December 1998. In 1998, she received the Young Star award for Best Young Actress in a Comedy TV Series.

In 2014, Fishel revived the role of Topanga Lawrence-Matthews in the Boy Meets World spin-off series Girl Meets World. The series premiered on June 27, 2014 on the Disney Channel.

At the age of 27, Fishel attended California State University Fullerton (CSUF) and graduated in 2013. She became a math teacher during his university education and introduced him to his student friend, Fishel, Tim Belusko. After dating for over three years, she got engaged to Belusko in May 2012. They got married on October 19, 2013 in Los Angeles. They divorced in March 2016. On July 4, 2017, Jensen Karp announced that he was dating Fishel towards the end of episode 303 of his podcast Get Up On This. They got engaged on March 22, 2018. They got married on November 4, 2018. Fishel announced in January 2019 that they are expecting their first child in July 2019. On July 1, 2019, Fishel and Karp announced in an Instagram post that Fishel gave birth to a boy almost a month early on June 24, 2019.