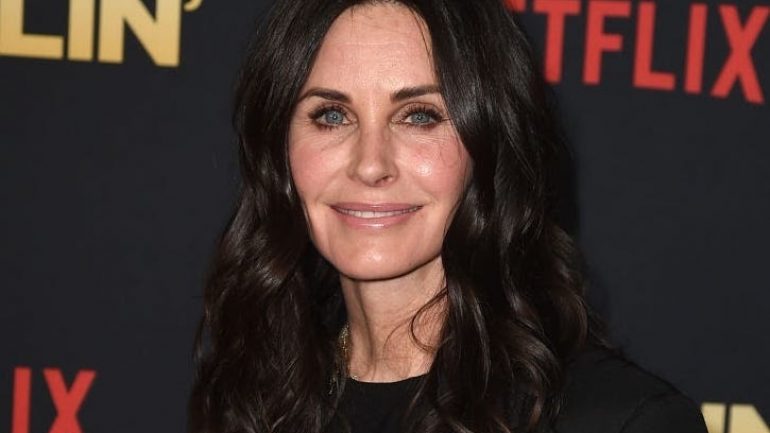 Courteney Cox was born on June 15, 1964 in the USA. She is the daughter of businessperson Richard Lewis Cox and Courteney Copeland (née Bass). Cox’s two older sisters named Virginia and Dorothy and Richard Jr. He has an older brother named. His parents divorced in 1974, and his mother later married businessman Hunter Copeland. After graduating from Mountain Brook High School, Cox attended Mount Vernon College in Washington, D.C., but could not complete the architecture course, opting instead to pursue a career in modeling and acting. It is of British origin.

In her early television credits, she appeared as Gloria Dinallo in NBC’s short-lived sci-fi fantasy series Misfits of Science (1985), a guest star on the ABC comedy-drama series The Love Boat (1986) and the CBS crime drama series Murder, She Wrote took place as roles. Cox’s early film roles included Masters of the Universe (1987), Cocoon: The Return (1988) and I’ll Be Home for Christmas (1988). Cox made her directorial debut and appeared as a cameo in the Lifetime television drama movie TalhotBlond, which premiered on the channel on 23 June 2012.

Cox’s previous boyfriends include rock promoter Ian Copeland, actor Michael Keaton, and singer Adam Duritz from Counting Crows. Cox married actor David Arquette on June 12, 1999 at Grace Cathedral in San Francisco. The couple has a daughter named Coco, born in June 2004. Cox explained that six months after the birth of her child, she experienced postpartum depression. On October 11, 2010, Cox and Arquette announced their separation at Coquette Productions despite maintaining a close friendship and ongoing business relationships. In June 2012, Arquette filed for divorce after nearly two years of separation from Cox. The divorce ended in May 2013.