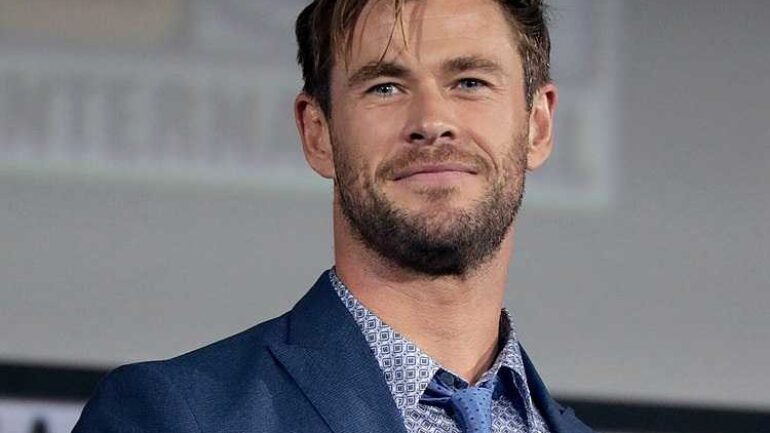 Chris Hemsworth was born on August 11, 1983 in Australia. He rose to prominence as Kim Hyde in the Australian television series Home and Away (2004-2007) before embarking on a film career in Hollywood. He left the series on July 3, 2007. He received two Logie nominations. He won the Logie Award for best young talent in 2005.

Hemsworth played James T. Kirk’s father, George Kirk, in the opening scene of the 2009 J. J. Abrams movie Star Trek. In the same year, he played the thriller character Kale in the movie A Perfect Getaway. In 2011, he starred in the Marvel Cinematic Universe as the superhero Thor.

He started dating Spanish model and actress Elsa Pataky in early 2010. They got married in December 2010. The couple has a daughter born in May 2012 and twin sons born in March 2014. Hemsworth was appointed a Member of the Order of Australia in the 2021 Queen’s Birthday Honors.