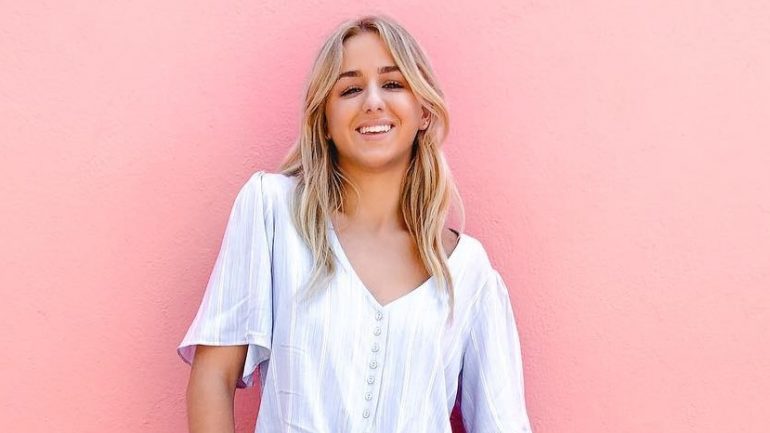 Chloe Lukasiak was born on May 25, 2001 in Pittsburgh, Pennsylvania, USA, the daughter of Christi and Marc Lukasiak. She is the older sister of Clara Lukasiak. The family lives in Mars, Pennsylvania.

Lukasiak started dancing lessons at the Abby Lee Dance Company at the age of two. At first she made “basics” such as jazz and ballet. But as she grew older, she began to style more and trained in everything except the ballroom. Lukasiak competed as part of the ALDC in the United States between the ages of five and thirteen and won numerous titles at regional, state and national levels.

In 2011, Lukasiak and her mother starred in Lifetime’s Dance Moms, alongside Abby Lee Miller, owner of the Abby Lee Dance Company, other young dancers and their mother. Together they formed Miller’s Elite Junior Competition Team. After the Los Angeles national competition in July 2014 (filmed for an episode that aired on October 7, 2014), Lukasiak’s mother decided that the environment of the TV show and her own negative relationship with Miller were hurting her daughter, and they decided to leave ALDC. .

After leaving “Dance Moms”, Lukasiak opened her YouTube channel and as of August 2020, it has gained more than 250 million views and more than 2.2 million subscribers. Lukasiak became the spokesperson for Just For Kix, an American dance wear company, in October 2014. In partnership with the company, she created an anti-bullying campaign called #NobodyisYOU.

In an interview, Lukasiak said that she practices dance four days a week, except when traveling. In an interview that aired on June 15, 2016, she said she was grateful to Dance Moms because she showed how much she loves acting and has a passion for it. In 2015, Lukasiak was diagnosed with silent sinus syndrome and had surgery to recover from the discomfort.