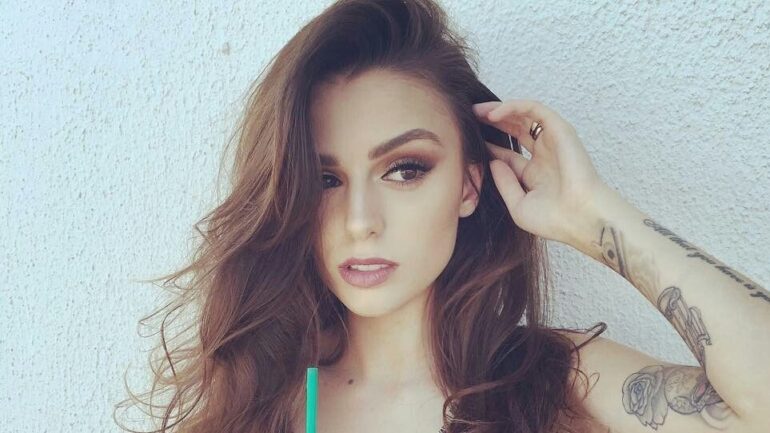 Cher Lloyd was born on July 28, 1993 in England. She grew up in Malvern, Worcestershire, with her parents, Darren and Diane, and three younger siblings, Sophie, Josh, and Rosie. Her family is of Romani origin, and Lloyd spent the first year of her life traveling around Wales in a trailer with her young parents. Speaking to Now, her uncle said she was mocked and bullied by her classmates because of her origins. Lloyd attended The Chase School, Malvern, and later Dyson Perrins High, where she studied performing arts. She also attended the theater arts school Stagecoach she.

She finished fourth in the seventh series of The X Factor in 2010. Following the seventh series finale, Lloyd signed for Syco Music. Her first single, “Swagger Jagger” was released in July 2011 and entered the UK Singles Chart at number one. Lloyd’s second single, “With your Love,” with Mike Posner, was released on October 31, 2011 and reached number four on the UK Singles Chart. In 2011, Lloyd signed with the US record label Epic Records.

Lloyd had a huge success in the US with her solo version of the “Want U Back” single, which entered the top 20 on the Billboard Hot 100 chart. In January 2012, Lloyd announced that she was engaged to boyfriend Craig Monk. In May 2018, their first child, daughter Delilah-Rae, was born.