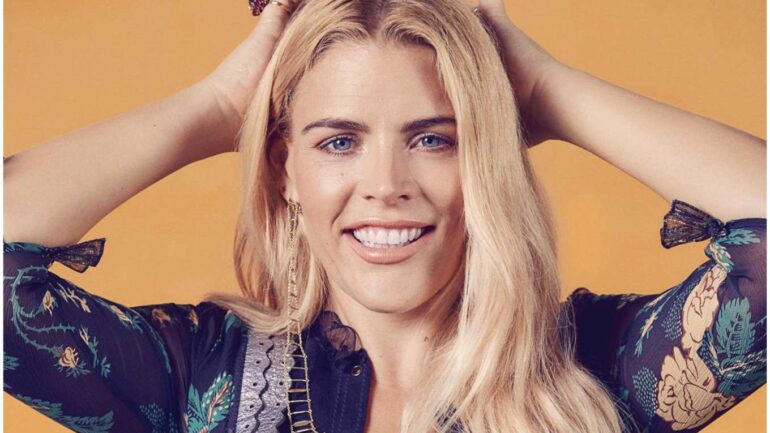 Busy Philipps was born on June 25, 1979 in the USA. As a kid, she was nicknamed “Busy”. While in high school, Philipps worked as a real Barbie (“Cool Teen Skipper”) at the toy fair. Among those who saw her at a toy convention was actress Sharon Stone, who was impressed by Philipps’ performance and told Philipps that she would be a star.

her first major role was Kim Kelly in the 1999-2000 comedy-drama series Freaks and Geeks; Philipps appeared in all but one of the show’s 18 episodes. She made her film debut in the 2000 comedy The Smokers and has appeared in several small roles on television.

From 2009 to 2015, Philipps played Laurie Keller in the television series Cougar Town. Philipps starred in the HBO series Vice Principals, which premiered in 2016 and ended in 2017.

Phillips played the role of Sheba Goodman in season 4 of Netflix’s Unbreakable Kimmy Schmidt in 2018 and 2019. In 2007 she married screenwriter Marc Silverstein. They have two daughters born in 2008 and 2013.