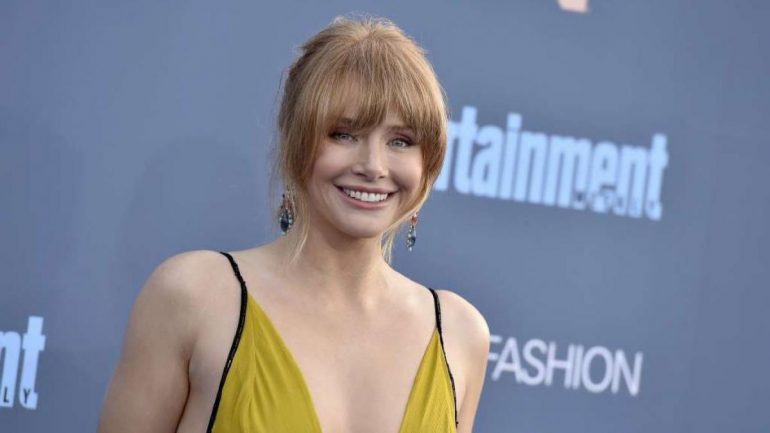 Bryce Dallas Howard was born on March 2, 1981 in the USA. She is the daughter of author Cheryl Howard (née Alley) and actor-director Ron Howard. His godfather is actor Henry Winkler and starred with his father in the TV series Happy Days. All of the Howard kids grew up far from show business. His parents did not allow them access to television and instead encouraged outdoor activities and hobbies. However, when he was seven years old, he was allowed to appear in his father’s films as an extra. She joined the Stagedoor Mansion, a performing arts camp in New York City, along with actress Natalie Portman.

Howard has acted in New York plays for several years. Among them was House & Garden, a 2002 Alan Ayckbourn production held at the Manhattan Theater Club. In 2003, while playing as Rosalind in William Shakespeare’s comedy As You Like It in The Public Theater, Howard caught the attention of director M. Night Shyamalan. In 2007, he played Peter Parker’s classmate Gwen Stacy in Spider-Man 3. Howard dyed his natural red hair blonde for the role, and because he was unaware that he was a few months pregnant, he did several stunts. The film grossed $ 890 million. Terminator Salvation was his next project. He replaced Claire Danes as Kate Connor in June 2008. Howard was already a fan of the series. It grossed $ 370 million in total, but was not critically well received.

Howard met actor Seth Gabel at New York University, and the two dated for five years before they married on June 17, 2006. They are planning to have children in their 30s, but seven days after their wedding, she found out that she was pregnant.Howard gave birth to a child named Theodore in 2007. The couple had a second child, named Beatrice, in 2012.