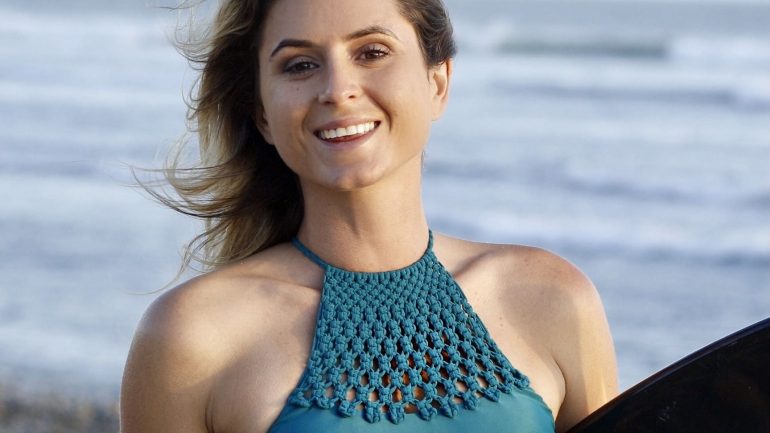 Anastasia Ashley was born on February 10, 1987 in America. He started surfing at the age of 5 just before moving to Hawaii. When he was 6 years old, he won a surfing contest using his run-down board he found in a trash can outside his home. When she was 7 years old, she found a sponsor to replace the workboard with new ones. He received the Triple Crown Rookie of the Year award in 2003. At the age of 16, Ashley won her first major national championship. Later, he won two National Scholastic Surfing Association championships and the American Professional Surf Tour championship. In 2014, he appeared in Sports Illustrated Swimsuit Edition. Ashley posed for a vegetarian and a PETA’s vegetarian advertising campaign in 2006. Now it’s a vegan.