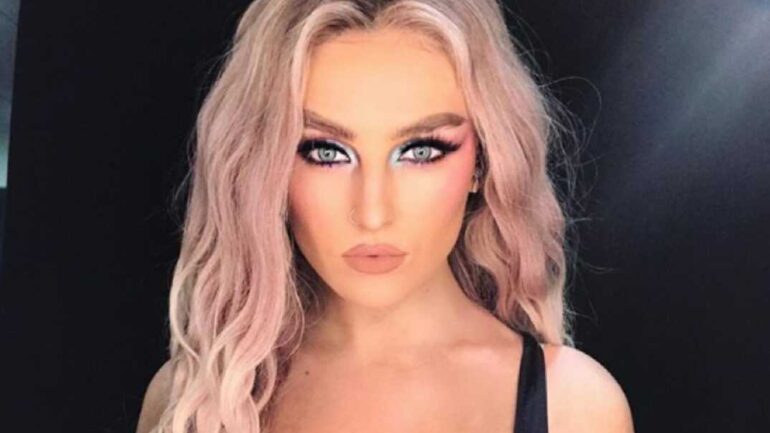 Perrie Edwards biography focuses on the life of the famous singer. Born on July 10, 1993 in South Shields, England, the British singer gained a world-renowned reputation as a member of the girl group Little Mix, which won the eighth season of The X Factor music competition.

The singer, whose full name is Perrie Louise Edwards, comes from a family of musicians. Her mother, Debbie Duffie, and father, Alexander Edwards, are also singers and divorced when Perrie was young. She has an older brother named Jonnie Edwards and a half-sister named Caitlin Edwards on her paternal side.

After primary and secondary education, Edwards studied Performing Arts at Newcastle College and lived in Hamilton, New Zealand for two years so she could study performing arts.

Perrie, who participated in The X Factor in 2011, sang the song “You Oughta Know” written by Alanis Morissette during the audition and was selected to compete in The X Facor.

Perrie, who took part in the Faux Pas and Orion groups during the competition, could not progress with these two groups, but continued to compete with the new group Rhythmix, consisting of members of the same groups. Rhythmix was later renamed Little mix and became the winning group of 2011 The X Factor.

Perrie, who has released six albums with her group, has also acted in commercials in her career and became the brand face for Superga in 2019.

Leon King (2015)
Rumors spread that she started dating model Leon King after breaking up with Perrie Zayn in 2015. However, the unpleasant statements Leon King shared on her Twitter platform about Zayn caused the couple to break up.

Luke Pasqualino (2016)
Skins actors Luke Pasqualino and Perrie, who were together between August and October 2016, could not have a long-lasting relationship due to their busy work schedules.

It is thought that the relationship of Alex and Perrie, who have been together for four years, will continue with marriage.