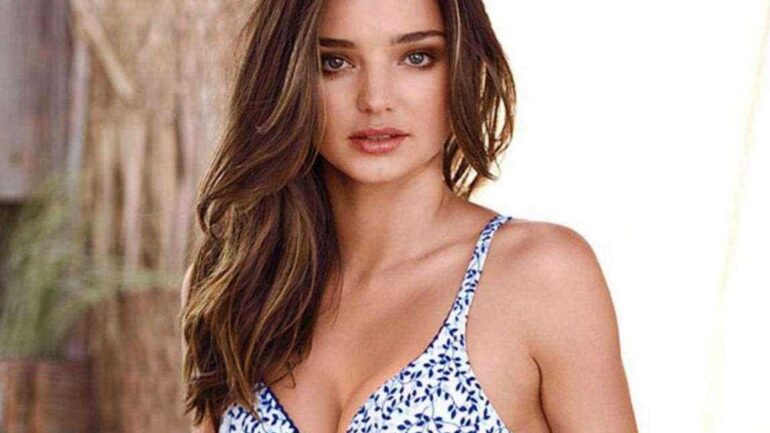 Miranda Kerr biography focuses on the life of the famous model. Born on April 20, 1983 in Sydney, Australia, the famous model started her professional modeling career at a young age.

In addition to her modeling career, the Australian model is also known as the founder of Kora Organics, an organic beauty and care products brand.

Born the daughter of Therese and John Kerr, Miranda has a brother named Matthew. Of Scottish, French and English ancestry, Miranda spent her childhood in rural Australia on her grandmother’s farm. Miranda, who spent most of her time riding a motorcycle and horseback as a child, described her childhood years as her most free years.

Kerr, whose family had moved to Brisbane, Queensland with her, had planned to spend her teenage years in the city life. She didn’t want to stay in the city when her first boyfriend, Christopher Middlebrook, died in a car accident, and she graduated from a girls-only Catholic school in 2000.

Miranda Kerr, who studied nutrition and health psychology before starting her modeling career, entered and won Dolly magazine modeling contests at the age of 13.

As the face of advertisements for magazine shoots and swimwear promotions in Australia, Miranda moved to New York after modeling in Australia and Japan.

Continuing her modeling career by contracting with a number of brands in New York, Miranda signed a contract with Maybeline New York. Subsequently, she starred in Kanye West and Pharrell’s music video “Number One”.

She became one of the Victoria’s Secret angels after her successful Maybelline partnership and is the first Australian model to join the team.

Jay Lyon (2003-2007)
Jay Lyon and Miranda Kerr, members of the Tamarama music group, started dating in August 2003, and their relationship continued until August 2007.

Orlando Bloom (2007-2013)
Miranda Kerr and Orlando Bloom started dating in late 2007 and got engaged in 2010. They got married in July the same year. On January 6, 2011, they had a son named Flynn Christopher Blanchard Copeland Bloom. They divorced in 2013.