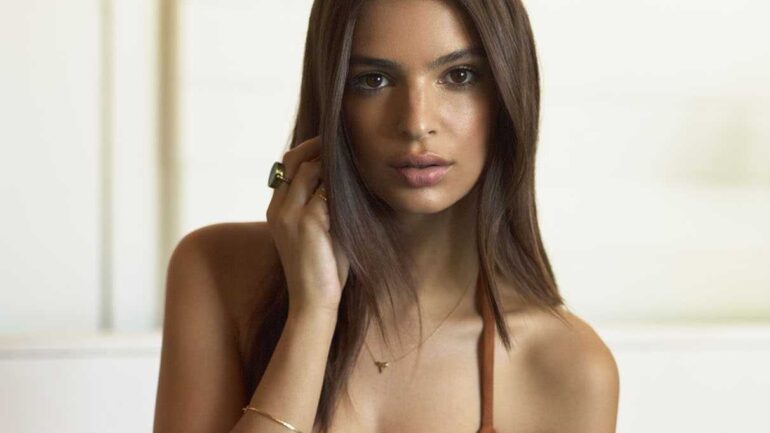 Emily Ratajkowski biography gives you a wide range of information about the famous model. The famous model, who came to the world on June 7, 1991 in London, has also made successful productions with her actress identity.

British model whose full name is Emily O’Hara Ratajkowski was raised in San Diego. Ratajkowski comes from an artistic and intellectual family, the only child of her mother, Kathleen Balgley, an American teacher, and John David, a painter.

Emily is of mixed English, Irish, Polish, German, and Jewish origins. She adopted the Catholic and Jewish teachings separately from her father and mother side.

She developed a keen interest in theater when she was only five years old and had experimented with football, acting and ballet before her modeling career.

When Emily was young, she and her family often visited nude beaches in Europe. Emily, who was able to normalize nudity in her mind at a young age, had already reached the level that she could see it artistically when she started to get ideas for her modeling career.

When she was 14 years old, she contacted the Ford Models agency and signed a contract. At the age of 15, she auditioned for Disney and iCarly productions, but delayed her acting decision because she wanted to be picky about roles.

She enrolled in a high school in San Diego while modeling and acting in Los Angeles, and she started appearing in Nickelodeon and iCarly productions in those years. But Emily’s manager suggested she suspend her acting career and prevented her from getting another role.

Starting her education at UCLA School of Art and Architecture in 2009, Emily dropped out after 1 year and wanted to focus on her modeling career full-time.

Emily Ratajkowski gave life to the character of Andie Hardy in the 2014 film Gone Girl, directed by David Fincher, and had her first major acting experience in the world of cinema.