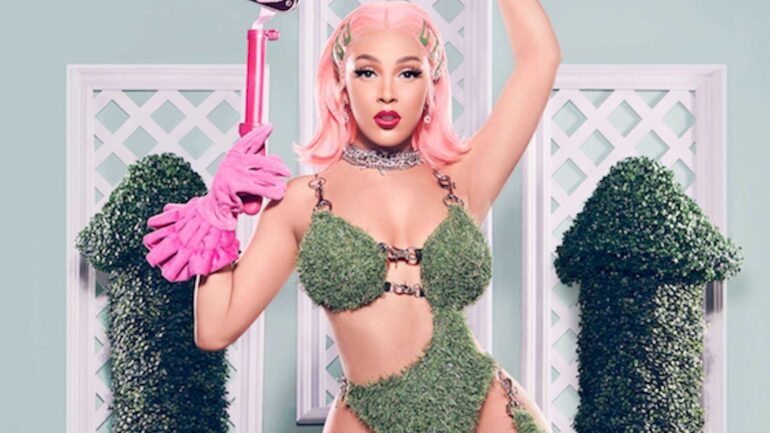 Doja Cat biography describes the life of the successful young rapper who has been nominated for 3 Grammy’s so far. The American singer, whose real name is Amala Ratna Zandile Dlamin, was born on October 21, 1995 in Los Angeles, California.

She was discovered with her music published on the SoundCloud music platform and has signed contracts with the record companies “RCA Records” and “Kemosabe Records”. She started her professional music career at the age of 17.

Doja Cat comes from an artistic family. Her mother, Deborah Sawyer, is a painter, and her father, Dumisani Dlamini, is a South African actor and musician. Amala learned to play the piano at a young age, and her brother encouraged her to rap.

Doja Cat has always avoided coming up with her love life. She also managed to successfully hide her relationships and prevent them from becoming rumored and talked about she. The only known relationship of Doja Cat, who thinks people can be very cruel on her social media accounts and finds this situation frightening, has been Indie music singer JAWNY (Jacob Lee-Nicholas Sullenger).

JAWNY (Jacob Lee-Nicholas Sullenger) (2019-2020)
Doja Cat and JAWNY met through the Instagram platform in 2019. Doja Cat initially watched JAWNY’s “Honneypie” music video and stated that she did not like the song at all but liked the singer’s actions in the clip. The two started to get closer in this way and then tried to date JAWNY Doja Cat. As a matter of fact, this dating initiative was successful, but after a year of dating in February 2020, Doja and JAWNY broke up.