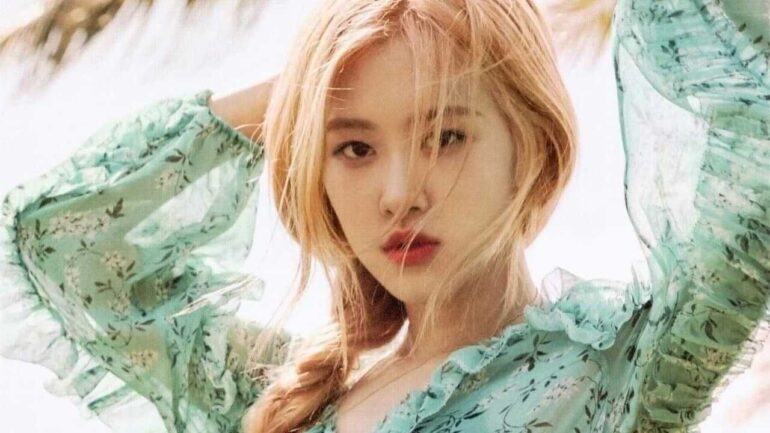 Rosé (Park Chae-young) biography includes the life of a member of the BLACKPINK band known as the stage name Rosé. Roseanne Park was born on February 11, 1997 in New Zealand and the young singer grew up in Australia.

YG Entertainment audition took place after Rosé (Park Chae-young) ‘s father gave her advice. Rose auditioned in 2012 and won the audition, winning the first place among seven hundred people. Leaving her school in Australia, Rosé immediately signed with YG Entertainment. After signing a deal with the record label, Rose later moved to Seoul, and after returning there, she went into feverish work in her career.

Park Chae-young, who attended YG Entertainment auditions in 2012 and was entitled to enter the company, studied here for four years and managed to enter the cast of the BLACKPINK group.

In March 20121, he debuted for her solo career and released the single of the album named “R”. This single, released on March 12, broke huge viewing records within 24 hours of its release.