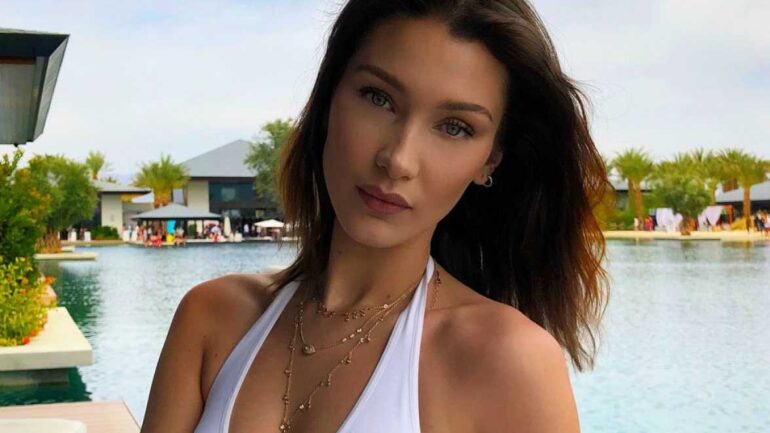 Bella Hadid biography covers the life of the American model of Palestinian origin. Born on October 9, 1996 in Washington, D.C., Isabella Khair Hadid is one of the three children of German Yolanda Hadid and Palestinian Mohammed Hadid.

Bella Hadid and her siblings grew up together in California and lived on the farm. Isabella Khair Hadid, a horse rider in her childhood and youth, originally wanted to be an Olympic rider. With the influence of their mother, Yolanda Hadid, a former model, she, like her older sister Gigi Hadid, turned to her modeling career and moved to New York in 2014 for her modeling career.

Duke Conrad (2011 – 2012)
It is known that the two have been together for a while. However, there is not much information about why they left.

Matthew Morton (2015)
Bella and Matthew’s relationship, according to some rumors, occurred during Bella Hadid’s relationship with The Weeknd. This claim has never been confirmed.

The Weeknd (2015 – 2016)
The couple, who appeared together for the first time on the red carpet in 2016 for the Grammy Awards, then continued to appear together at other galas. They were together for a while and also broke up because working conditions eroded their relationship. The couple, who remained friends after they broke up, continued to support each other.

Jordan Barrett (2017)
The names of the two were mentioned together during the cover shoot for Vogue. Later, no statement was made that this turned into a relationship.