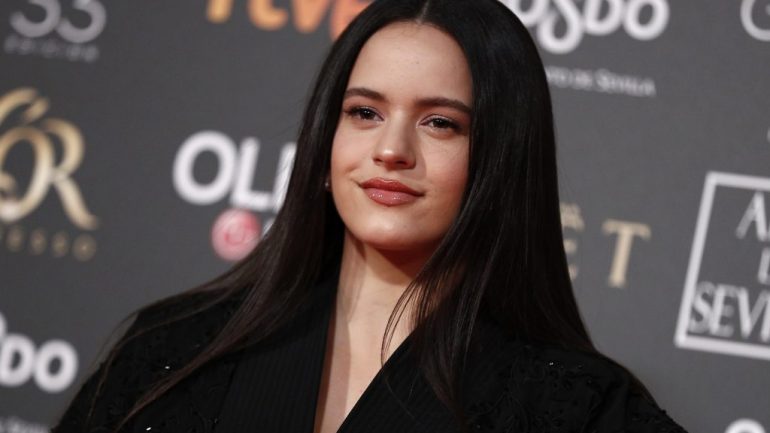 Rosalía was born on September 25, 1993 in Spain. She started her professional music education at the age of 16 at Taller de Músics in Barcelona, ​​Spain. She started teaching at Raval school. Due to her high grades and multiple recommendations, she transferred to the Catalonia College of Music to finish her course. Here she took lessons from the flamenco teacher Chiqui de La Línea, who admits only one student a year.

At the age of 15, she competed in the TV show Tú sí que vales, although she was not selected. In 2012, she founded the flamenco band Kejaleo, with Jordi Franco, Roger Blavia, Cristo Fontecilla, Diego Cortés and Xavi Turull as vocalist. They released an album called Alaire in 2013. In the same year, Rosalía worked as a duo at the 2013 Panama International Film Festival with Juan “Chicuelo” Gómez and for her contemporary dance work De Carmen at the Grec de Barcelona Festival.

In 2013, she attended the Association of Performing Arts Professionals (APAP) Conference in New York and became the main voice at the summit of Año Espriu 2014 at Palau de la Música. In 2015, she took part with La Fura dels Baus at a show that premiered in Singapore. She was the opening artist of the Catalan flamenco artist Miguel Poveda at the Cadaqués International Music Festival and 2016 Jerez Jazz Festival, accompanied by Alfredo Lagos. Primavera Sound worked with Rocío Márquez in the presentation of the album El Niño produced by Raül Refree in 2015. In 2015, she worked with clothing brand Desigual and performed the single for the 2015 campaign “Last Night Was Eternal”. In 2016, she collaborated with Spanish rapper and ex-boyfriend C. Tangana on the movie “Antes de Morirme”. Entered the Spanish Singles List. The collaboration attracted international attention with the Spanish Netflix series Élite (2018) appearing in the music of the first season.

It has Asturian paternal and maternal Catalan heritage. She speaks Catalan, Spanish and English. She started dating Spanish rapper C. Tangana in 2016. They co-wrote eight of the eleven songs of Rosalía’s second album, El Mal Querer, and worked together as vocals twice. After two years of dating, they broke up in May 2018, most concretely. From then on, the couple’s songs, social media posts, interviews, and music videos referenced each other. In March 2020, Rosalía started dating Puerto Rican singer Rauw Alejandro.