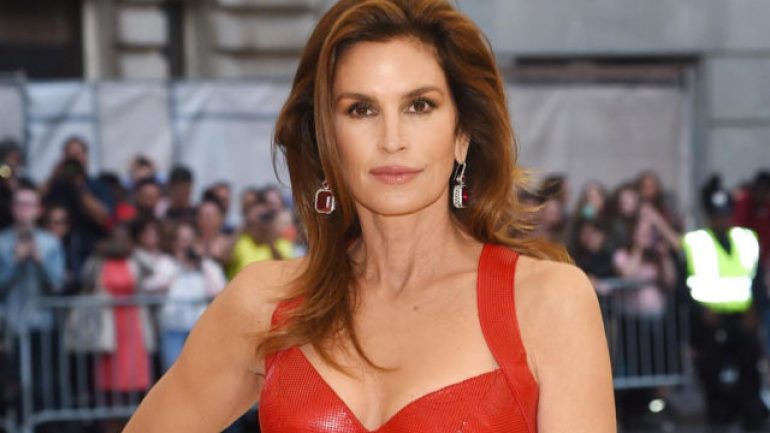 Cindy Crawford was born on February 20, 1966 in America. He has two sisters named Chris and Danielle and a brother named Jeffery who died of leukemia at the age of 3. He noted that his family had been in the United States for generations and his ancestors were mostly German, English, and French. In his sophomore year in high school, he received a call from a local clothing store about his modeling work, only to learn that it was a prank set up by two classmates. However, another store the following year hired a number of high school girls, including Crawford, to work for them (including a fashion shoot). In his first year, local photographer Roger Legel, whose jobs included a photo of a different college girl, wanted to take a picture of that week for publication at the DeKalb Nite Weekly, and it became Crawford’s first cover. The photos and positive feedback she received was enough to convince her to be a model. At the age of 17, he entered Elite Model Management’s Look of the Year contest and placed second. Elite Model Management in Chicago then began to represent him.

Crawford graduated from DeKalb High School in 1984 as top student. He won an academic scholarship to study chemical engineering at Northwestern University. He dropped out of school for a full-time modeling career. After working for photographer Victor Skrebneski in Chicago, Crawford moved to New York in 1986 and signed with the Elite New York modeling agency. Throughout the 1980s and 1990s, Crawford was among the most popular supermodels and was ubiquitous on magazine covers, runways, and fashion campaigns. He has appeared on the covers of many magazines such as Vogue, W, People, Harper’s Bazaar, Elle, Cosmopolitan, and Allure over and over again. In 1987, Crawford appeared in the opening credits of Michael J. Fox’s The Secret of My Success. Three years later, she appeared on the cover of the January 1990 edition of British Vogue, with top models Christy Turlington, Linda Evangelista, Tatjana Patitz, and Naomi Campbell.

Crawford was married to actor Richard Gere from 1991 until their divorce in 1995. He married businessman and former model Rande Gerber on May 29, 1998. They have two children, Presley Walker Gerber (born 2 July 1999) and Kai Jordan Gerber (born 3 September 2001).