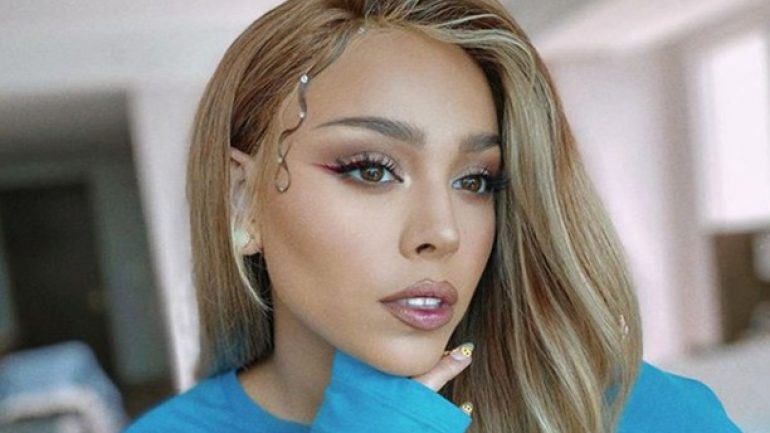 Danna Paola was born on June 23, 1995 in Mexico. She was born and raised in Mexico City, Mexico. She is the daughter of Patricia Munguía and Juan José Rivera Arellano. Her parents divorced in her childhood. She has an older sister named Vania.

Danna Paola’s acting career in 1999, when she was 4 years old, she and her sister auditioned for Televisa’s Mexican version of Sesame Street in Mexico City, Plaza Sésamo. Both later appeared in the series and appeared in several episodes. A year later when she was 5 years old, she starred in the soap opera Rayito de Luz in 2000. In 2001, she played her first lead role in the children’s soap opera María Belén. In the same year, she released her first album called Mi Globo Azul. In 2004, the successful children’s series Amy was chosen as the lead actor in la niña de la mochila azul. Her second studio album was released at that time in Océano. In late 2010, she voiced “Rapunzel” for the Latin American Turkish dubbing of the Disney movie “Tangled”.

In May 2013, Danna Paola auditioned for the Spanish production of the hit Broadway musical Wicked in Mexico City. She auditioned for Glinda and Elphaba and voiced Popular and Defying Gravity. In mid-April 2016, it was announced that she would star in the soap opera la Doña, which Telemundo produced. Filmed in Mexico with Aracely Arámbula and David Chocarro, the soap opera premiered in November 2016. The finale aired on May 1, 2017 in Telemundo, USA. She later revealed that she was cast in Netflix’s original Spanish teen thriller series Élite. Production of the television show persuaded Paola to move to Madrid for six months from January 2018. In 2017, she took part in the program after a long selection process. The series, which shot 8 episodes in 4K, premiered on Netflix in October 2018. In 2019, Paola appeared as a jury in the TV series la academia for TV Azteca.